The head of the QRC sketches the future 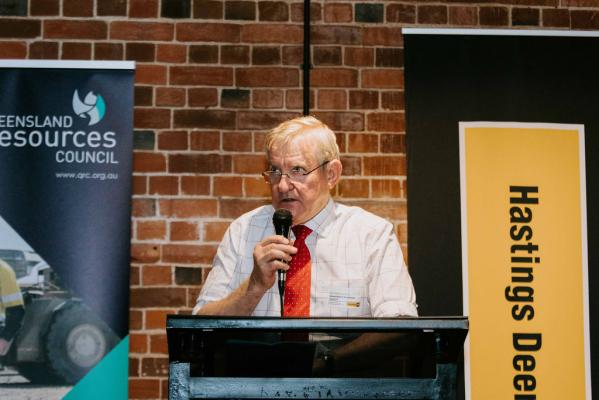 Queensland Resources Council chief executive Ian Macfarlane spoke to CQ Today at the Boathouse restaurant on Quay Street in late September for a high-profile conversation about developments in the state’s ubiquitous resource sector.

To begin with, CQ Today asked former government resources minister Howard if raw materials other than coal could ever match coal’s ability to generate large-scale wealth for Queenslanders.

Mr Macfarlane replied in the affirmative whether traditional metals such as aluminum, bauxite and copper were included in the assessment alongside the emergence of critical minerals, or minerals believed to support a global shift towards them. emerging technologies and renewable energies.

“You’re going to see an evolution towards these critical metals and when you add their strategic importance, in military and defense terms etc., and just general demand in terms of renewables and emission reductions, yes, that’s more than doable. that will happen, ”he said.

Referring to the new vanadium mine in the northwest, Mr Macfarlane said the first steps towards this new avenue of wealth had been taken.

Mr Macfarlane also said it was likely that Queensland had enough deposits to move the industry forward.

“We have seen a huge increase in exploration, mainly in base metals and rare earths,” he said.

“A little brownfield in coal and gas. So people look to see how many there is. And you’d expect, based on geology, it’s definitely there, so just find it, market it, process it, get it out, so a long way to go yet.

“And when you talk about jobs, the opportunity with rare earths is that we don’t just dig them and ship them, we actually process them. So some of those jobs that are currently involved in mining could move into processing and mining. So again good opportunities there.

The emergence of autonomous haulage trucks at mining sites in central Queensland portends an industry disconnected from workers, and CQ Today asked Mr Macfarlane if he thinks the advent of automation will result in large losses of labor. jobs.

“Not necessarily,” he replied.

“The big problem with automation is making sure the automation centers aren’t in Brisbane. So Moura, Rockhampton, Moranbah. But to be realistic, you have to look at cities with reasonable capacity.

“And if you have an automated bulldozer, it will still need refueling, maintenance and repairs. So the person driving the machine may not be sitting in the mine anymore, and from an occupational health and safety perspective, that’s something we aspire to. And second, jobs can be paid more. These will be sophisticated jobs, some of them will require degrees. The industry is ready for it. As long as you get there and don’t say to yourself “well, it’s a way of not having people in the region”. And it is quite doable.

“I don’t see any significant changes in the number of jobs,” he added.

“And you still need your GEOs and the next opportunity will be for processing. As long as they have the energy. Much of this treatment will be done on site as it allows you to put your residue back into your pit. “

CQ Today then steered the conversation to industrial relations.

The CFMEU has strongly criticized what it sees as an escalation of precarious workplace arrangements in the sector and the Labor Party appears ready to make the issue of worker insecurity a key part of its campaign to win back the workers. voters in the seats of Flynn and Capricornia.

Mr Macfarlane said the question had been exaggerated.

“The issue that interests us critically is security and there is no correlation between casualization and security issues,” he said.

“And this is statistically proven. I think the unions overestimate the number of casualties. “

“We’re not doing industrial relations, but I think the normal forces of supply and demand will take care of the situation. In Queensland’s resource industry, where the majority of workers earn over $ 100,000 a year, there is no questioning the exploitation. I am sufficiently convinced that whatever the framework of industrial relations there will be a lot of jobs for workers and a lot of good paying jobs for a long time to come.

Mr Macfarlane also expressed confidence that the coal sector would thrive under a Labor government.

“I think there are a lot of lessons learned from the last federal election, including by the state government,” he said.

“People like Cameron Dick and his proposed Queensland Resource Industry Development Plan, that sort of thing that will give certainty to the industry, mean whatever government, or whatever color, and even sometimes under-colors in governments, I think the industry is on much more solid ground than it was just two or three years ago.

Finally, CQ Today asked Mr. Macfarlane if he had noticed any improvements in the approval regime over the past six months, a key concern for QRC members.

“I think this is part of a global shift in mentality, perhaps like the federal election. But overall, we are progressing better.