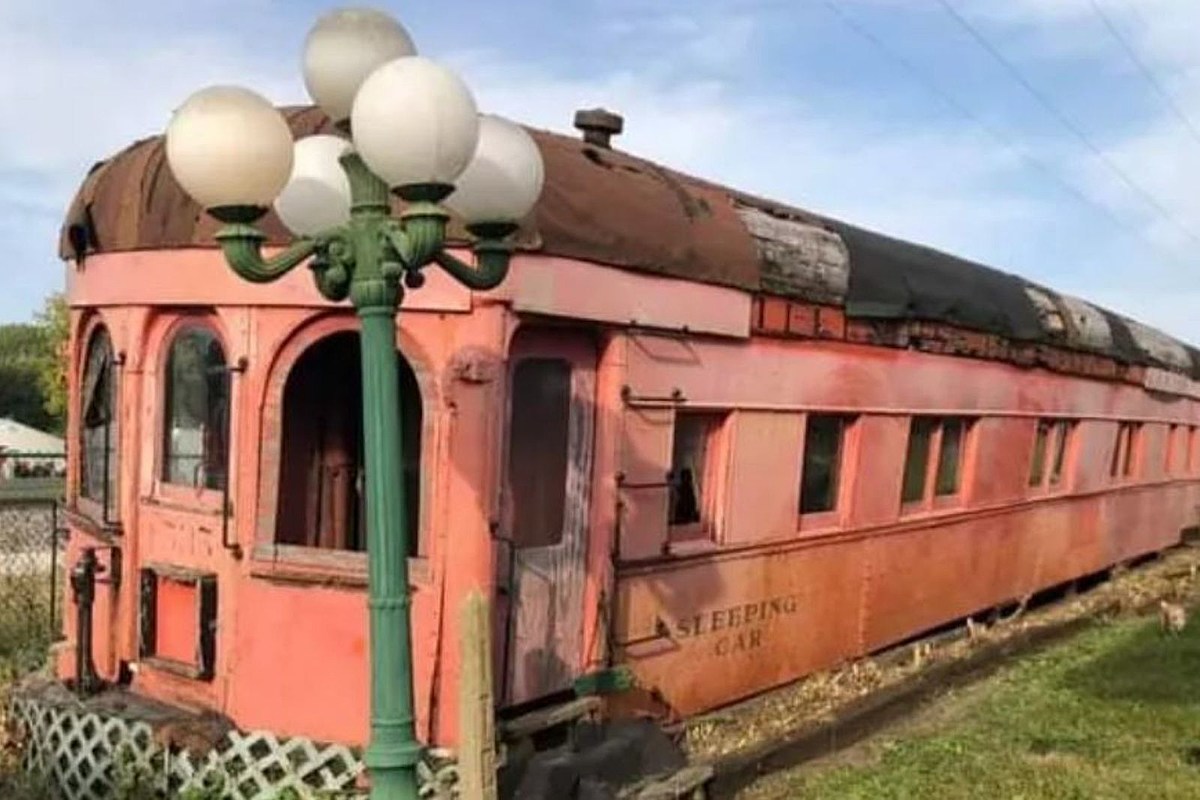 Illinois man is looking to restore a 1911 Sleeing train car he’d like to convert into a tea room or Airbnb.

The train is now in Harristown, Ill., Where the current owner has said the train will be free to anyone willing to move it. This sparked an idea with another Illinois man in Bloomington who saw the post and would now like to restore the train and make it a tea room (his wife’s idea) or an Airbnb.

According to a GoFundMe page from the new owner, the train,

Built by the St. Louis Car Company in 1911, this sleeping car was used by the Illinois Terminal Railroad Company. It proudly carried millions of passengers in a time when steel rails were the highways of the prairie. She even served her country as a troop transporter during World War II. Sadly, this magnificent piece of railroad history has seen hard times and is on the verge of being lost forever. I am on a mission to save her.

The new owner is very passionate about making sure this piece of Illinois and American history is not lost forever. So far, the new owner (David Parker) has raised over $ 3,500 to make his dream of restoring the train come true. There have been trains like this everywhere that have been restored in Airbnb, including The Pullman Train Car “Constitution,” a former train depot; The Depot B & B: a peaceful retreat to name a few.